We all have a deep understanding that the friendships we find in SAE last a lifetime, but what do we do when the life of one of our beloved is tragically cut short? We honor his legacy and strengthen the bonds of the brotherhood that brought us together in the first place.

The Colorado Alpha chapter at the University of Northern Colorado (UNC) tragically lost brother Jason Birch in the summer of 1997.

Jason suffered a fatal car accident shortly after he graduated from UNC. Birch was not only a member of SAE but also the captain of the university’s lacrosse team. Both shaped Jason into the kind of friend many wanted to have. 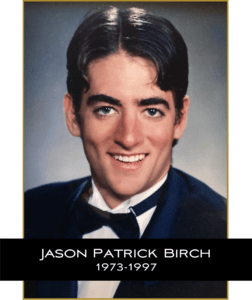 “It was a total shock and tragedy. From that, like the Phoenix from the ashes, rose this event. From adversity, we found an opportunity to bring everyone together,” says fellow Brother Brad Milley (Nothern Colorado ’99).

Milley said when he and his undergraduate brothers attended UNC, Jason was someone everyone in the chapter looked up to.

“He was one of the nicest guys that took the time to get to know everyone. Everyone looked up to him not only because of his kind demeanor but his maturity and athleticism. He was a stud athlete. Everybody knew Birch and everybody loved Birch,” Milley said. 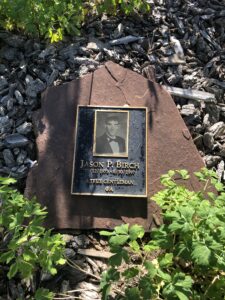 From this tragedy rose an annual memorial golf tournament that grew over the last 25 years that honors the memory of a beloved brother.

Jason’s brothers wanted to celebrate his life by holding a golf tournament. To the surprise of all, one tournament became an annual event.

“At those first couple tournaments, it was really just brothers,” Milley said. “It was pretty small. We never once figured this would be an annual thing, ‘we’re going to do this forever and we’re going to move to Denver and still do this,’ but eventually, it evolved and we went to a few different golf courses over the years.”

Several years after the tournament began, Jason’s friends and family realized that they could honor his legacy by paying it forward to other college students and created The Birch Memorial Fund.

The fund is a non-profit that provides scholarships to future University of Northern Colorado students that attended Jason’s former high school.

“It evolved into this whole other thing where it’s not just brothers. It’s friends and family, friends of friends. We have sponsors, huge prizes for everybody, and after awards party,” Milley said. “At the center of it all, it’s about one thing and that’s remembering Jason and who he was as a person, as a son, and as a brother. All of that and we’ve been able to give back and keep his spirit alive.”

The Birch Memorial Fund is now proud to be recognized as an official 501(c)(3) non-profit.

Today, the event acts as the chapter’s alumni event and is open to not only all SAEs of all ages but to anyone wanting to enjoy the camaraderie that comes with a round of golf in honor of a tremendous person.

This year’s tournament will be held on August 7 at the beautiful Arrowhead Golf Course in Littleton, Colorado. Registration is currently open but is expected to sell out in the coming months. Businesses also interested in sponsoring the event can find out how to financially support the Birch Memorial Fund on the website.

“We’re looking for other ways to give back to the community and keep his spirit alive and that kind of goes with the next generation. It’s awesome to get the next round of SAE’s and non-SAE’s involved to know it’s going to be around another 25 years,” Milley says.

Just as the Phoenix rose from the ashes, honoring the memory of a brother is a mighty symbol of the good that can arise from a tragedy. Jason’s legacy will continue. 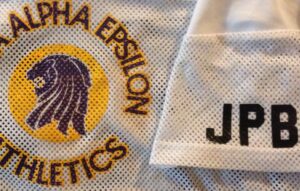